skip to main | skip to sidebar

My Own Personal Dictionary: P-T

P
Paul Revere:  most under-appreciated hero of the Revolution.  I spent the morning and evening of my 40th birthday hanging out at his house.  I've been to his house a lot, actually.  If he were alive, I'd be his stalker.

When Facebook asked me for my hometown, I wrote Grand Rapids, Michigan, using this classic mathematical formula:  If A is from B, and B is Grand Rapids, A is from Grand Rapids.
Fast forward to last year.  The Queen of the Universe saw this on Facebook, turned purple with rage, I'm guessing, and sent me a really malicious piece of e-mail in which she wrote,  “You’re not even from Grand Rapids.” There was more to the nasty-gram.  Also a friend request.  Once I scrunched the bemusement off my face, I chose not to respond to either.  I don't know what she's been up to lately, but I do wish her the very great satisfaction of one day crossing paths with someone who fabricates her place of birth so that said fabricator may be soundly punished and wholly reformed by . . . the Queen of the Universe.
R
Revere, Paul:  see P
S
Simon:  my husband's and my new kitten.  He'll be six months old next week, and he is a character! 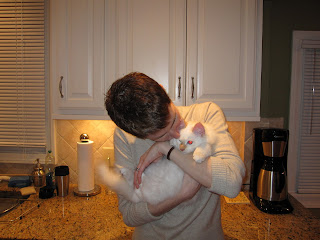 Here he is getting his face kissed on the third or fourth day we had him; 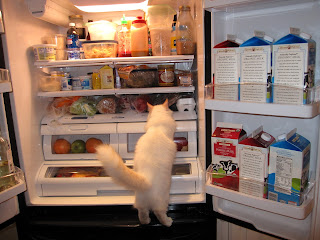 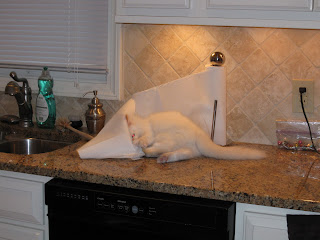 wiping off the counters; 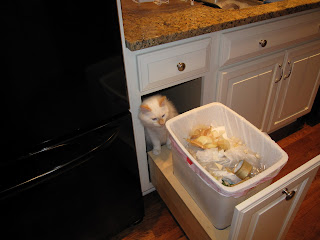 taking out the trash; 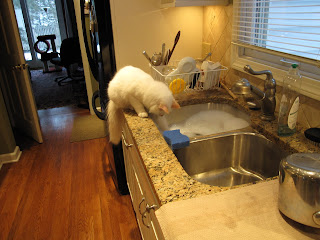 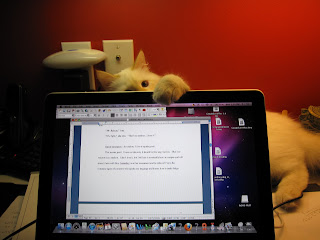